Raised in a pastor’s family, Christian Markle had the privilege of hearing the Gospel early and often. At the age of four years old, the Holy Spirit’s conviction led him to accept Christ’s payment for his sin at the cross. Many opportunities to join his family in service led to his decision to dedicate his life to the Lord.

After graduating from Northland Baptist Bible College in 1995, Christian spent a life­changing year on the mission field in Arizona. For the next several years, God used Christian to come along side his father’s church rescue ministry in southwestern New York state. During this time, Christian married his wife, Jennifer, and their first two daughters were born. Gradually, the Lord opened more doors and allowed the Markles to offer a church helps/evangelistic ministry to churches and pastors in various cities and states.

When Maranatha Baptist Church learned they would soon be without a pastor, they contacted the Markles and asked Christian to be the interim pastor and to help stabilize the church while looking for a new pastor. Eventually, the church body asked Pastor Markle to discontinue the search and to accept the role of permanent pastor instead. Pastor, Jenny, and their six children have now been serving with Maranatha since 2005, seeking to “know him, and the power of his resurrection, and the fellowship of his sufferings, being made conformable unto his death” (Philippians 3:10). 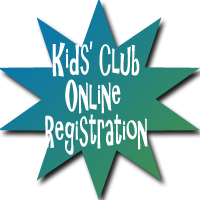